Valium aka. Diazepam is classified as a benzodiazepine drug used to treat anxiety disorders and panic attacks. One can only obtain it legally if they have a prescription from a licenced doctor. Valium has a sedative effect when used according to instructions, preventing convulsions and relaxing the patient’s muscles. This is because the drug depresses the central nervous system, reducing brain activity. It has longer-lasting effects compared to other benzodiazepines, and within 30 to 60 minutes, the user will start feeling its sedative effects.

Benzodiazepines also work by speeding up GABA (an inhibitory neurotransmitter) activity. GABA inhibits activity in the brain to make the user feel more relaxed and drowsy. 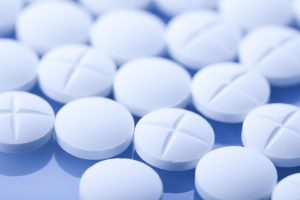 Benzodiazepines have varying half-lives, so each medication is eliminated from the body after different periods. This influences how long the individual will experience the drug’s effects. Medical professionals usually only prescribe these medications for a short time because of the high chance of users becoming addicted, dependent, or tolerant of them.

When Valium is taken according to prescription, it can be very safe and highly effective. However, if abused or misused, it can be dangerous to the user. When people chronically misuse Valium, it can lead to addiction or severe dependence on the drug. So users who quit using the drug suddenly can experience life-threatening Valium withdrawal symptoms, including seizures or severe anxiety. These psychological or physical Valium withdrawal symptoms are the body’s way of reacting to lacking the drug, and they can be harmful and uncomfortable. 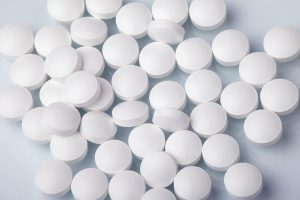 When users decide how to detox from this medication, they also need to consider that the associated Valium withdrawal symptoms hold serious risks. Safely detoxing from benzodiazepines significantly reduces the risk of these symptoms for the recovering individual by tapering off or substituting with another medication.

It is typically not advisable to stop taking Valium abruptly if you have been using it for some time because it can lead to severe withdrawal symptoms like seizures. In a medically supervised detox, you can safely reduce the Valium dosage you are taking gradually to help your body get used to normal functioning without the drug. This also enables users to increase their chances of successful recovery and alleviates withdrawal symptoms.

Most of the time, Valium withdrawal is not deadly. Still, in death cases during benzodiazepine withdrawal, it has been associated with suicide caused by withdrawal-induced hallucinations or grand mal seizures. This is why it is always safer and advisable to go through medically managed Valium withdrawal. Tapering off Valium gradually instead of quitting cold turkey reduces the user’s risk of getting dangerous complications such as delirium or seizures. During a Valium taper, the person will take reduced doses of the medication over a specific period to help them control the associated withdrawal symptoms of detox. Even though detoxing from Valium by tapering takes longer, it is much safer for the individual. An alternative to tapering off Valium is substituting it with phenobarbital or longer-acting benzodiazepines such Clonazepam and then tapering it. 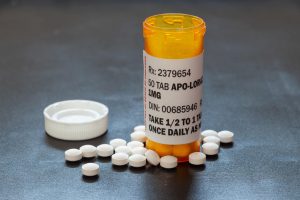 People who have been using Valium for a long time may experience withdrawal symptoms if they try to stop or reduce their dosage. These symptoms can be severe enough to make inpatient medical detox the best way to go about the treatment process. These symptoms include: seizures, delirium, rebound anxiety, irritability, headaches, sensory hypersensitivity, vomiting, abdominal cramps, tremors, muscle spasm, sweating, increased blood pressure and raised heart rate.

The duration and severity of Valium withdrawal for each user will depend on factors such as the user’s health, how quickly they stopped taking the drug, duration of use, and the dosage the user is taking. If unsupervised, Valium withdrawal can be risky. Some users may experience seizures and delirium tremens, a medical issue linked to alcohol withdrawal that causes hallucinations, shaking, and extreme confusion.

When a Valium user stops taking the drug suddenly instead of gradually tapering off, this increases their risk of experiencing withdrawal complications and severe withdrawal symptoms. Unfortunately, there is no way to tell which specific Valium withdrawal symptoms the user will experience when they quit the medication cold turkey. Some people will experience all or several of them, and since some are deadly, one should not attempt to stop taking Valium by themselves. Withdrawal from Valium is difficult for those experiencing it, but it is possible with the proper medical supervision and assistance. Usually, those detoxing from this drug aren’t advised to use home remedies because there is a chance of developing severe medical complications. Detoxing in a medical detox program ensures that qualified medical professionals with experience managing drug withdrawals supervise the whole process. These rehab facilities are very safe and can offer you the relief you need to manage Valium withdrawal symptoms.