Thousands of years ago, the people of South America would traditionally chew on the Coca plant leaves. The effects were not as strong as inhaling or snorting cocaine itself. This is because the cocaine content in the leaves would be at least 1%, making it significantly less dangerous than cocaine.

European Colonists discovered the Coca leaves. After every interaction with the natives, they’d noticed that they were always chewing on the leaves. Hence, they took to learning, which then helped them discover the leaves’ analgesic and stimulating effect.

Ultimately, the colonists picked up the habit and helped stave off hunger and experience mind stimulation. It wasn’t long before the people back in Europe heard about the famous plant. Curious, scientists took to studying and analyzing the plant. It wasn’t until the 1850s that the scientist finally managed to isolate cocaine from the cocoa plant. The result: a white substance more concentrated than the leaves themselves. This meant that the effects of the white powder were more potent. 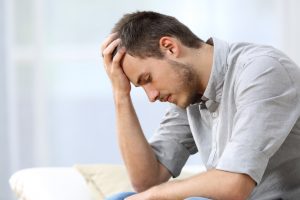 Regardless, before the 20th century, cocaine wasn’t known or used for its euphoric effects. It was found in several medical products. That’s right: cocaine used to be legal. And therefore, it found its way into soft drinks such as Coca Cola and tonics as well.

Back to its medical use, doctors eventually found out about other properties that could be used. That is, cocaine’s numbing ability. Austrian ophthalmologist went ahead and used the drug to carry out successful eye surgery. Using the substance as an anesthetic, the doctor was able to curb the minute movements of the eyeball and perform surgery.

Now, to answer the question relative to this article: yes, cocaine does help with pain because of its numbing properties. This means that people experience a numbing sensation where they’ve injected, inhaled or snorted the drug.

It wasn’t long before the fame of the drug’s numbing properties spread to America. There, a man named William Stewart Halsted quickly took notice of it. The man, a surgical pioneer, decided to use the drug as a painkiller on everyone around him, including himself.

Ultimately, he became addicted, as his mental and physical state declined. Even then, the addictive and damaging effects of the drug were largely ignored. This then saw the emergence of a wine marketed as one that could heal several ailments. This wine, created by John Pemberton, was later changed to a drink known as Coca Cola. With cocaine being its main ingredient, it’s no surprise that Coca Cola was such a success back then.

It reached a point where the negative effects of cocaine could no longer be ignored. In 1914, the Harrison Narcotics Tax Act was passed, declaring it illegal. However, the substance still illegally circulates the streets of many countries today.

In terms of its medical use, cocaine is still in use today, but as a topical. Often used in small amounts, the topical form helps ease the pain accompanied by medical examinations and surgeries. It’s very common to hear it being used for nose, throat and mouth surgeries.

Please note that patients should discuss the use of the drug with the doctor before surgery. The doctor should brief you on what you need to know about the procedure and its potential risks. The information should, therefore, help inform your final decision.

If you’re worried and not sure about the doctor using it on you, then you can go for another option.

However, using this drug in such a setting is not likely to lead to dependence. This is only true if the individual undergoing surgery isn’t sensitive to the drug, and the drug is not absorbed into the body too quickly.

Sensitivity to the drug is common among individuals that have repeatedly used it in the past. Sensitivity also puts the patient at the risk of an overdose. If the cocaine topical is absorbed too quickly, the patient is likely to experience side effects as well.

These topicals, also known as cocaine hydrochloride topical solutions, are therefore best administered under medical supervision. Supervision allows for correct use in terms of dosage and avoidance of causing adverse side effects. 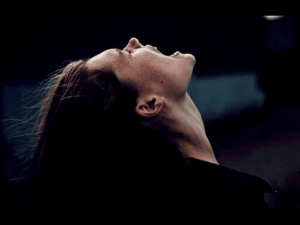 It’s a known fact that numerous individuals struggling with emotional pain often turn to drugs. Why? To numb the pain and experience a high that will help them forget for a while. The only problem: once the high is over, the emotional pain is still undealt with.

Hence, the individual uses more and more of the drug to forget and stay numb. This is how they become tolerant and dependent. Before they know it, they can’t function normally without snorting or injecting cocaine into their system.

Repercussions of turning to drugs to ease emotional distress are debilitating. It’s far better to seek other methods to deal with emotional pain.

For instance, exercising is an effective way of increasing the release of endorphins. Endorphins are known to lift one’s mood and help clear the mind. Also, try finding someone you can open up to and talk to. Sometimes having a shoulder to lean on can go a long way in helping heal emotional wounds.

Consider therapy or counseling as well. Such methods will help you understand your wounds’ source and how to cope when they’re triggered effectively.

In conclusion, cocaine does help with the pain. It’s first, and early uses were for pain relief.

In America, it was used for toothaches and headaches. Even children were given toothache cocaine drops in the 1880s, which were bought over the counter medication. It was not uncommon to have numerous medicinal beverages using the substance as its main ingredient in those days.

Other than providing pain relief, cocaine was marketed as an agent that helped treat depression and impotence. Sigmund Freud was one of the people that praised the drug, claiming it’s numerous beneficial abilities. In the long run, the long-term effects were evident, and the drug was finally made illegal amongst the public.